So many runners use their efforts to raise money for charities they believe in – whether it is through the race entry fees that support charitable organizations or being on a ‘team’ that raises money for a cause. Literally tens of millions of dollars are raised each year for charitable efforts by members of the running community.

When I decided to run a full marathon, I make the decision to pick a charity that meant something to me and work on raising money for their work. I wasn’t sure what charity I wanted to raise money for at first, then I received the news that my friend’s mother passed away in February 2015 after a long battle with ALS (remember the ice bucket challenge?).

Linda Gardner was one of the nicest, most thoughtful people I have met in life. I had the chance to know her when I met her daughter Gina through volunteer work at the Humane Society of Tulsa (HST), when I lived in the area in 2001-02. I was in a bad state after a failed relationship, and my friendship with Gina (and her husband Hank, who is originally from Baltimore) grew during our time together in animal rescue. Gina and Hank were two of the founding members of HST, and I quickly became a fixture with the group as they opened their adoption centre. Eventually, I was asked to serve on the board, and was even elected vice president, which lasted until I moved from the area to take a job in Bermuda. Because of my friendship with Gina, I was able to join in the family gatherings at holidays and sometimes just because. I was always treated like family, and Mrs G was the first to welcome me to her home one year at Christmas, where I spent the night and enjoyed being ‘one of the kids.’ It meant so much to me to have ‘family’ around when my own was back in the Baltimore area. Moving to Bermuda was the best move for me overall, but I cried many nights because I had to leave my friends and adopted family in Tulsa. Never again have I been on the receiving end of such a warm, open welcome as I was with Mrs G, Gina and the rest of their family. They simply were the best part of my time there.

So that is why I want to honour her in this way. She supported many charities in the area, but I knew she was a huge supporter of HST, in part because of Gina’s involvement as president, and also because she loved animals. I have therefore chosen to run my miles in memory to Mrs G, with the funds to go to the Humane Society of Tulsa in her name. 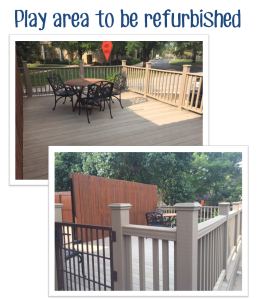 If you are so inclined to support my efforts, I appreciate any and all contributions. I would quickly reach my goal if people contributed $26.20 each – that’s just one dollar for every mile I’ll run! All donations go straight to the Humane Society of Tulsa (and they are a 501(c)3 non-profit, so your contributions are tax deductible!) through this page. CLICK HERE TO MAKE YOUR TAX DEDUCTIBLE CONTRIBUTION

Funds from this will go to refurbish and improve a play area that is used to help prospective adopters get to know the dogs and determine which animal is right for them. Making the correct match is so important; the last thing any animal rescue groups wants is to have an animal brought back because it didn’t work out. HST is a fantastic group that does much for animal rescue in Oklahoma—from providing spay/neuter surgeries and education to actually rescuing animals from puppy mills and adopting them to loving families—they continue to go from strength to strength. 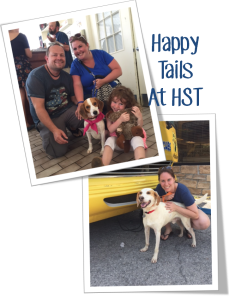 Some highlights from their work in 2014 include:

•Rescued a total of 868 animals in 2014
•Rescued 103 animals at a puppy mill in Sand Springs, OK
•Took 156 from the Tishomingo Animal Shelter so that it could be remodelled for Miranda Lambert and become a no-kill shelter, MuttNation’s Redemption Ranch
•Performed more than 200 spay/neuter surgeries in February in conjunction with International Spay Day

Thank you for considering being a part of my marathon dream. I won’t win the race, but I know that my efforts will be a way to pay tribute to Mrs Gardner and to help keeping the tails wagging and the purrs running at HST!

One thought on “Marine Corps Marathon – running for a purpose”